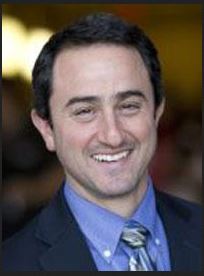 Eric Gertner is a general internist and an Associate Medical Director for Quality with Lehigh Valley Physicians Group in Allentown, Pennsylvania.  He received his undergraduate degree from Princeton University, and his Doctor of Medicine from UMDNJ – Robert Wood Johnson Medical School (Rutgers).  He completed his residency in internal medicine at the Medical College of Pennsylvania, and a Master’s Degree in Public Health at the Drexel School of Public Health.  He was inducted as a Fellow of the American College of Physicians in 2002.

Dr. Gertner was appointed by former Pennsylvania Governor Rendell to the Task Force on Chronic Care in 2006. As a general internist, Dr. Gertner also participated with his practice as part of the South Central PA Learning Collaborative for three years. He currently participates on the Pennsylvania Patient Centered Medical Home Advisory Council.

At Lehigh Valley Health Network, Dr. Gertner co-chaired the Cultural Awareness Leadership Council, overseeing the development and implementation of a strategic plan for cultural awareness, including education around cultural competence, disparity reduction, and recruitment and retention of a diverse workforce.